The Shadow of the Mandatory Education System in Cambodia

The Shadow of the Mandatory Education System in Cambodia

During my stay in Cambodia from March 24 to 29 of this year, I was fascinated by the views of gorgeous hotels decorated with exquisite carvings, the skyscrapers, flashing neon-lighted buildings, and streets flooded with foreign cars and motorbikes.  Though Cambodia displays signs of remarkable development, its education system is still struggling with difficulties.  I explored the present state of Cambodian education by interviewing Mr. Kevin Doyle, chief editor of the newspaper Cambodia Daily, and by speaking with currently employed school teachers. 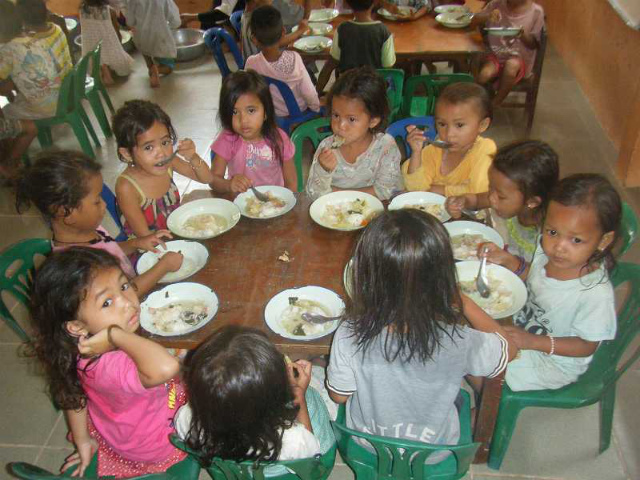 Supported by high tuition fees, affluent private schools can hire talented teachers through careful selection processes.  By contrast, public schools often employ teachers with non-official certificates leading to low quality education.  When a national education system was introduced after the Pol Pot regime, those who had only finished secondary school were able to become teachers.  At present, high school graduates are supposed to enroll in a public training center for two years to obtain a teaching license.

I visited two public primary schools, Tropienspai Elementary School in Phnom Penh and Bankyuan School in Kandal province and found both of their classes very dull and monotonous: one student answered a teacher’s questions and all the rest of the students repeated the answer.  Except for answering the question posed, students are not given any chance to think, simply repeating the same answer over and over. According to Mr. Doyle, this is the method typical of the majority of public elementary schools.

The low salary for public school teachers is another problem.  Mr. Chim Didah (20), teaching at Bankyuan School, and Mr. Sau Wannarom (53), teaching at Tropienspai Elementary School, both admitted that they cannot afford to live on their school salaries alone.  Mr. Doyle pointed out two reasons why this is so.

Cambodian teachers often farm the land or run small businesses with family members to supplement their meager salary. They also receive money from their students through various means.  Although public school tuition in the primary and secondary schools is free, students’ families donate some money every morning to their teachers knowing that teachers’ salaries are not sufficient.  The amount of such donations is not fixed but depends on the household. Students are also charged for an examination to advance to the senior class. If they cannot afford it, the students automatically fail to be promoted to the next grade level.  To avoid such a situation, some parents are forced to borrow money for the examination fee.  Children from poor families cannot manage to pay for the examination and have no choice but to stay in the same grade or drop out of school.

The issue of such payment to school teachers has been objected to by the Cambodia Daily, and many others.  During my flight from Seoul to Phnom Penh, I had the opportunity to talk about the problem with a Cambodian woman and Mr. Marin Sok, grant director of the Asia Foundation.  The Cambodian lady related stories of teachers selling answer sheets submitted by outstanding students, and of teachers’ wives selling lunch to children.  Such sales are not approved by the Ministry of Education, but regarded as “informal practices” like “a sort of tax” according to Mr. Doyle. Corruption is rampant among Cambodian officials due to the suppressed salary level, a regrettable fact that is widely acknowledged.

Cambodian mandatory school education is divided into morning classes and afternoon classes.  Teachers work either in the morning or the afternoon, and teach students for examination preparation during the rest of the time, during which children must pay tuition. Teachers pursue lots of activities to supplement their income.  Many teachers wish to be employed in the big cities populated by wealthy households, avoiding poor rural areas, which face a severe shortage of teachers.

Mr. Doyle insisted that lifting the salary level of teachers and public servants is necessary to solve these problems; corruption would be reduced and teachers would be paid sufficiently. Once they can live on their salary alone, they will not expect any money from their students, and more teachers will work in rural areas.  If children are robbed of their chances of education, especially in high-economic-growth modern Cambodia, their future and the prosperity of the country dependent on them will be significantly diminished.