Anyone can be a leader

Anyone can be a leader

In Japan, there is a long-held social tradition whereby whoever attracts attention like a nail sticking up will be hammered down, pounded back into conformity. Because of this trend, people tend to avoid taking leadership. In a survey of 33 youths by Children’s Express, there were only a handful who had received leadership education at school or outside of school.  Recently, however, people in Japan are clamoring for leadership.  College admissions tests and employment exams place high priority on leadership skills, and new employees are expected to show initiative. US schools already conduct leadership education, as do schools in the UK. Therefore, I researched and conducted interviews regarding the differences and similarities in leadership education in Japan, the US, and the UK in order to answer the central question: “What is leadership?”

<“Center of the Circle”> 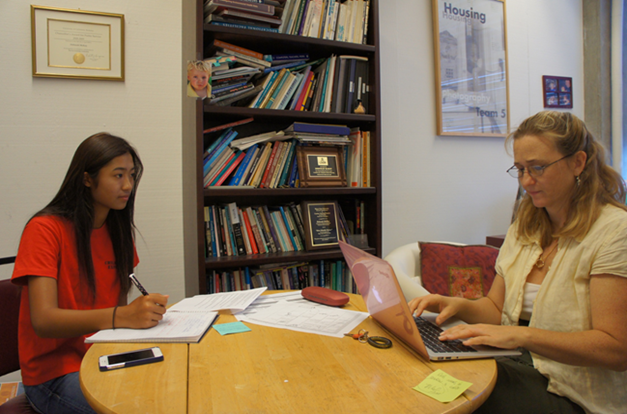 Research was conducted at Y-PLAN, an organization that runs a leadership education program at the University of California, Berkeley. I interviewed Deborah McKoy, the director of Center for Cities and Schools, the parent organization of Y-PLAN, and Jessie Stewart (28) the Y-PLAN coordinator. Y-PLAN is a program where youths engage in a real city reform project with authentic clients, and present their ideas to them. With great confidence Ms. Stewart says, “You are given the opportunity to stand up and present your ideas to the panels that have the power to implement those ideas. This gives you more confidence that you can become a leader and make a change to the community.” According to Ms. Stewart, qualities essential for a leader are “compassion and the courage for risk taking. A leader needs to think about the whole group, and not just yourself. Also a leader needs the skill to listen to other conflicting ideas and create a balance because not everyone is going to agree with you.” The reason leadership is considered important in the US is because, “In the US, wealthy people who earned a degree at an institution of higher education became leaders; but as globalization spreads in the common society, whether you are rich or poor, educated or uneducated, anyone needs leadership skills in this era” says Ms. Deborah.

Some Japanese students have participated in Y-PLAN, including one hundred high school students who were victims of the Great East Japan Earthquake of March, 2011. In the group’s 2012 report on their Y-PLAN experience, one participant says, “A leader is not someone who stands on the apex of the triangle, but someone who stands in the center of the circle and organizes everyone’s ideas to make a nice round circle.” There were also many positive thoughts such as “One thing that I changed most is, I am not afraid to speak in front of people, and I am able to express my opinions to others.” 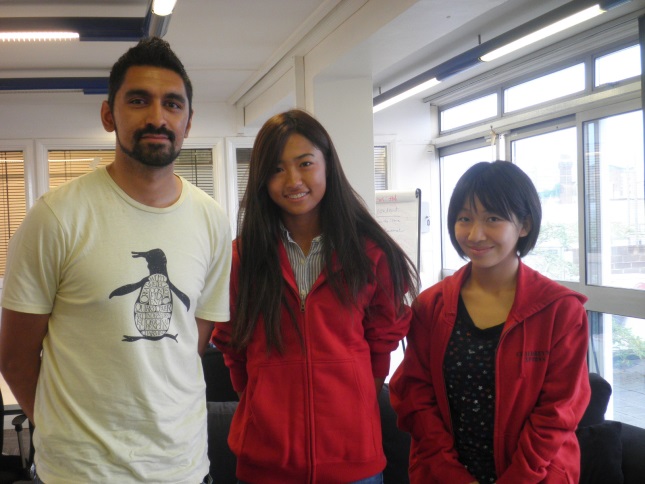 Children’s Express visited a leadership organization in London called Changemakers, as well as a branch of “Headliners,” a sister organization of Children’s Express.  Changemakers was established in 1994 by specialists in education and NGO’s, with the purpose of unlocking leadership potential in youth, developing a desire amongst youth to improve their surroundings, and instilling the values young people need to become a leaders. According to Suraj Vadgama (26), one of the coaches at Changemakers, “after youths participate in their program, they gain confidence, communication skills, motivation, and ambition”. When I told them about how people avoid taking leadership in Japan, Suraj commented, “To gain support from others, you have to be accepted by everyone and strongly appeal that you are here as a leader to support everyone.”

At Headliners in London, when I asked about the qualities necessary for a leader, most everyone mentioned confidence, the ability to listen to others, and valuing teamwork. Gabriella (17), one of the reporters at Headliners, has been a leader at a program where youths establish their own business. Through this program, “It was a struggle to gather the diversity of people in one whole group and lead them to the goal. But independence and the sense of responsibility grew in me,” Gabriella recounted. When I told my interviewees that there are not many group projects at school in Japan, and that people are shy to become leaders, the youth reporters at Headliners were surprised. They pointed out that you can learn communication skills through group projects and you can learn how to cooperate with others, so Japan should employ group projects more often. Even without such projects, though, leadership may be developed by embracing a certain worldview.  Naomi (18) from Belfast said, “Leadership can develop even if you don’t participate in leadership programs because you gain leadership when you lead your own life.”  Deanna (18) had a universal perspective, saying that “If the leader is absent, you need another leader from the rest of the members. So everyone needs leadership. Being a leader is not special.” 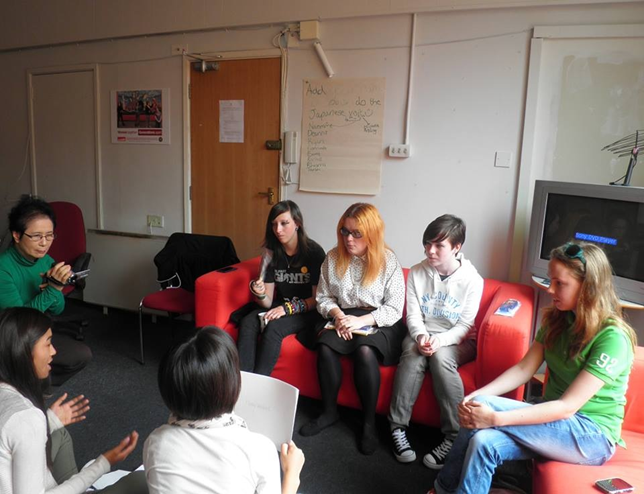 The current generation of US and UK youth both agree that a leader is not someone who leads everyone from a position at the head of the group, but someone who is in the center, gathering the team and being accepted by others as he goes around and listens to different opinions. US and UK educational institutions emphasize that leadership roles are open to all members of society and that youth is the best time to practice leading. In this way, young people come to understand that leadership should be a common form of social interaction, not something special. If Japan introduces this educational approach, there will likely be far more world leaders “made in Japan.”